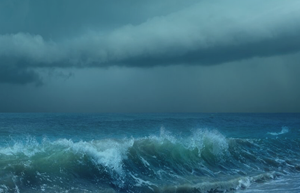 Raising the Voices of the Champions (video)

Raising the Voices of the Champions (video)

They gathered. Solemn. Sincere. They entered their private hush and focused on breathing. Inhaling, they drew in the pain — their pain, the pain of those they knew and loved, and the anonymous pain throughout the world. Exhaling, they worked their magic to release the pain and to dissolve the suffering.Inhaling, exhaling, they found strength hidden in their own pain, and they discovered a new depth of resolve otherwise lost in suffering. Without uttering a sound, they raised their voices to speak for those who had lost their voice and for those who had no voice. Truly, they were the champions.

Because so many of you requested it, we are releasing all three rituals from this amazing day of magic:

Lead Me To You and Divine Fragrance, Frank Steiner Jr., Into Forever Available from www.RealMusic.com

Meditation: The Labyrinth of the Champions; Raising Your Voices as Champions; One Light,One Magic

The Sirius Connection: What it Can Mean in Your Daily Life

The Resonance of Beauty

The Seven Rituals from the Bounty and Beauty of Bali (video)

Turbulence and Light in a World Becoming New (video)