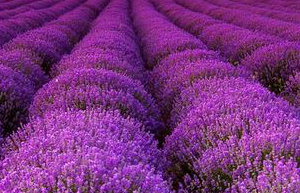 Legacy PPV A Magical Week in Berlin: From Essence to Function and Form, Revelations of Innovation: Telling the Story You Are Destined To Tell, and Waiting Upon the Light of Forgiveness, June 2013

Within the reverie and ecstasy of creating, there is a thread, an alluring, sometimes seductive, thread. . . . With a sound that only you can hear and a light that only you can see, that thread of your creativity beckons you. — Lazaris

Fifty magicians gathered in Berlin. As Lazaris welcomed us, we quickly realized that we were in the right place, and it was the right time.

There are two amazing vortices in Berlin that have drawn people and forces of creation and destruction to this area for thousands of years. Magicians gathered in the complexity of the Vortex of Innovation and of the Vortex of the "Energy Between. " The resonance sizzled with creativity as well as with the wonder of paradox and mystery.

During the weekend we participated, along with 100 others who gathered from all over Europe and from as far away as China and Mexico, in two incredible One-Day Workshops: Telling the Story You Are Destined To Tell and Waiting upon the Light of Forgiveness. The discussions were rich with insight and alive with love and compassion. The five meditation/rituals were teeming with magic and miracles.

We lifted our voices. We were heard. We began telling our stories in new ways. We forgave ourselves and others at new depths and with greater resolve. Embracing our Great Story and opening to our Exalted Story, we became freer. With the Grace of Forgiveness we can soar.

As the larger group dispersed, the 50 magicians remained. Monday was an excursion day to explore Berlin. Tuesday and Wednesday we met for two Mornings with Lazaris that included Magic Times and meditations. Each afternoon, we had free time to explore the city and to work our individual magic in our personal ways. This magical week concluded with a farewell dinner. Each left knowing they had fared well and would fare better because of this exceptional magical adventure.

Allow yourself to be with Lazaris and the other magicians, and let yourself experience Into the Essence of Self; Seeding the Story You Are Destined To Tell; The Ancient’s Rite of Forgiveness; Sharing the Bounty of Forgiveness; and Awakening Forgiveness in the World. *

Come share this Magical Week in Berlin. The Pay-per-View event includes the full workshop times with Lazaris, and there is a photo montage from the excursions in Berlin that were interspersed with Lazaris discussions and meditations. Welcome.

* These meditations/rituals along with the core content of the discussions were also included in A Magical Week in Berchtesgaden. Because the participants and the resonance were different in each location, the emphasis was different each week.

INCLUDES THE TWO ONE-DAYS FROM BERLIN:

Telling the Story You Are Destined To Tell

Within the reverie and ecstasy of creating, there is a thread, an alluring, sometimes seductive thread that calls you to your destiny. With a sound that only you can hear and a light that only you can see, that thread of your creativity beckons you: Tell the story that you are destined to tell. You are at the right place and it’s time. Lift your voice. Be heard. Tell your story. Create. Innovate. Become more as you let your world become new. — Lazaris

Chasing the reverie through the night, finding an enchanting moment as the crimson light lined the horizon of dawn, the magicians stopped. They listened. From somewhere within each of them came a whisper and then a hush. Nothing more. Each knew they had a story to tell. Yearning for more, they listened. They watched. From somewhere beyond nowhere, a sound, a light — and they found the shimmering threads from which each would weave a tale. In an exhilarating burst of creativity, something magical, something marvelous, had begun.

It is like a dream waiting to be born . . . a dream that lies just beyond the next horizon or around the next bend. We long to create. Creativity is love’s work. It is our work. As magicians we also yearn to innovate, and that takes boldness and daring. We reach for those shimmering threads that stir a mysterious and sensuous romance of living, of loving, and of creating. We grasp those glimmering threads of creativity so we can tell our tale — so we can tell the story we are destined to tell.

Lazaris has structured a personal vision quest for each of us to awaken our personal creativity and to begin weaving our tale. Magic and miracles can abound as we conjure the voices of creativity and the whispers of innovation, and as we call upon the grandmothers and grandfathers of our tradition.

Waiting Upon the Light of Forgiveness

In the Light of Forgiveness your imagination soars, and your hopes and dreams become luminous. You can lift transcendent, and be new. You can become more of who you truly are — of who you are destined to be. It is forgiveness that holds the miracles of magic. Forgiveness heals, and it can set you free.come. Bask in the Light. Change. Be new. Be more. — Lazaris

They moved silently among the ancient, twisted trees of the Sacred Grove. The magicians gathered in the stillness of the night. The moon was full. They stood the round. Once the circle was complete, they spoke, voicing their desires in a whispered chant. Several came to forgive themselves, and some came to forgive others. Sounds lifted, silence fell, and the dance of ritual was underway. Mystery unfolded, exposing and revealing a light. The magicians waited upon that light. Their lives changed that night.

Lazaris has designed a delightful One-Day Workshop that begins by quickly reviewing what we understand and know of the value and power of forgiveness. Then we will be off on a splendidly wild and wonderful adventure, robust with ritual, to unleash those forces for our personal benefit and to bring more healing, more magic, and more miracles into the world.

Come join the other magicians who gather with Lazaris. Take your stand and bask in the Light of Forgiveness. Be forgiven. Be changed. Be amazed.

Legacy PPV A Magical Week in Berchtesgaden: From Essence to Function and Form, Revelations of Innovation, June 2013

A Special Moment with Lazaris: The Beauty of Being Enough (video)

Evolution of Human Consciousness and the New World