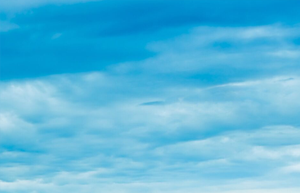 Legacy PPV Iceland Event: Magic In the Land of Fire and Ice: Re-Enchanting Our Lives and Our World, August 2012

Iceland: It lies at the pinnacle of the spine of the earth‚ the Mid-Atlantic Ridge‚ the rift in the crust of the earth through which magma flows out with such unimaginable force that it pushes the continents of the world apart.

Here the extremes are stunning, for this is the land of Fire and Ice. Fifteen volcanoes rise and smoke and erupt. Hundreds of geysers and some 800 hot springs release the energies of the fires of the earth. Great glaciers slide along the bedrock, and snows cover the land, so close to the Arctic circle.

But this is not just a place of extraordinary splendor and stunning beauty. This is a Magic Land, a land of Myth and Legend‚ of gnome and faerie, elf and troll. This is the home of the Huldufolk, the “Hidden Folk” who co-habit the land, and for whom, in Iceland, respect is paid and room is provided.

Lazaris has drawn us to many magical places where the Earth loves herself: the soft, rolling Blue Ridge Mountains, the deep, blue Lake Tahoe, and Yosemite, the temple of the earth. And he has enchanted us with the places where the faerie world is close to us: Maui, Hawaii and The Lake District in England.

This workshop is part Congress of Magicians and part Intensive. Replete with discussions, rituals, meditations, and Magic Times, Lazaris captured the enchantment of the land and the magic of a mystical place where Celts dwelled and the Hidden Folk touch the human world. This was a spectacular adventure with Lazaris, now available to everyone in a splendid Legacy PPV.

Legacy PPV Awakening the Sacred of Freedom: The Miraculous Gifts of Divine Union, A Congress of Magicians ~ Los Angeles, February 2008

A Lazaris Blending: Awakening the Breath of Spirit; Dreaming Other Dreamers Awake