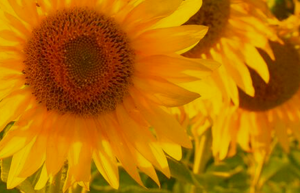 **Please Note: This is available only as an eBook. When you complete the checkout process, the links to download the eBook will appear at the bottom of the confirmation screen, and also at the bottom of the Order status screen when you check this order in your account.**

From … The Guardian of the Records…

The process of my working with crystals has evolved over the years. [smile] Now, a huge bunch of crystals are brought into my workroom. Though they are not of my keeping, I am their temporary guardian, “guardian” meaning custodian charged with protecting their honor and integrity. When I am ready to work with them, I quietly enter that room as though it were a sanctuary. Then I wander around the room and explore the various crystals that are there. Some seem to speak to me right away. Once it’s time, I have those four or five segregated off by themselves. I then sit with one and do what I have learned to do from Lazaris. I welcome it. I work it. I touch it, admire it, and talk to it … until … it touches me, admires me [smile], and talks to me.

Once it begins to talk to me, I listen. Now, I know I hear them in different ways from most people who have rapport with crystals. I know that because Lazaris channels through me, the crystals talk to me in a different way. I think they do it out of respect for Lazaris. I think it’s a gift that I have … a talent … I say talent, meaning a gift from God / Goddess / All That Is. When I say talent, I mean a balance and synergy of personal power and strength. I know I have a gift for channeling and I think that I have a gift for communicating with crystals.

Well, anyway, they speak to me. When they begin to speak, I listen. I listen for a long time. And then in a rush, I begin typing what they are telling me about themselves, where they have been, what they have done.

Sometimes I spend an hour with a crystal. Sometimes only 30 minutes. And then there are those that I end up waiting upon for days. They are sometimes the most intriguing. [smile] The whole thing happens in a delicious altered state. I can spend 8 to 10 hours working with the crystals and not realize it. The day or evening is a blur. I have to remember to eat during those marathons. I love it.

It is one of the most fun things I do. [smile]

Crystals: The Power & Use

Legacy PPV Loving the Earth: Sacred Ceremonies for Healing Ourselves and Our World ~ Yosemite, September 2010

A Special Moment with Lazaris: Beyond What We Can Yet Imagine (audio)